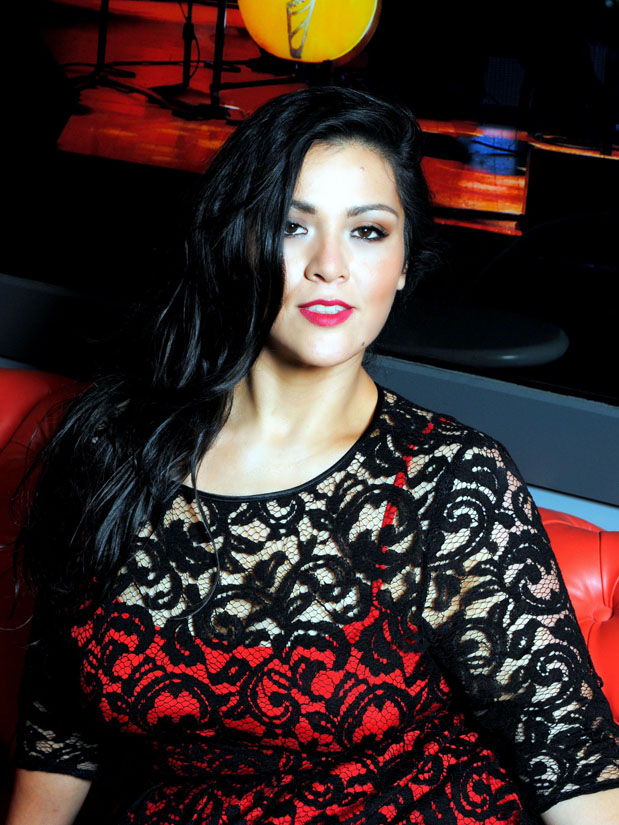 Tenacious, self-taught artist Michelly Cordova makes stunning crossover jazz anthems laced with elements of blues, R&B, and soul. Raised in L.A. by a family with deep musical roots, her diverse talent was inspired by singers like Frank Sinatra, Billie Holiday, and Judy Garland, and later influenced by acts like Sade, Pink Martini, and Madeleine Peyroux. Cordova’s unique vocal style, which infuses emotive intensity with effortless cool, has earned her comparisons to iconic powerhouse vocalists like Ella Fitzgerald and Cassandra Wilson as well as subtly moody, radio-friendly acts like Norah Jones. She’s the kind of singer who fully inhabits her music: “I try to live my life full of love and hope, and to share that with others through my performance,” she says. “When someone listens, I hope they’ll live in the moment of that song, wherever the music takes them.”

“I hope they’ll live in the moment of that song, wherever the music takes them.”

Cordova started singing professionally in her late twenties. She pursued vocal training with an opera singer and briefly fronted a pop cover band before finding a home for her talent in jazz music. Encouraged by a close friend and mentor, she soon made a name for herself performing regularly at local jazz jams, developing an expansive, R&B-leaning, soul-meets-blues repertoire that allowed her to share bills with rock bands and gospel groups alike. After earning her first songwriting credits on rockabilly legend Billy Lee Riley’s final album Still Got My Mojo in 2007, Cordova released Jazz Noir and blues ballads throughout her early career, slowly evolving her sound into the more upbeat, atmospheric, rhythm-driven style of her current work.

In 2009, Michelly released her debut collection of uniquely arranged jazz standards called Midnight Lounge, performing three nights at the Netherlands’ Maastricht Jazz Festival to a packed house. Her 2014 sophomore album, Love, Dreams and Everything In Between, showcased a range of original tracks produced by GRAMMY-nominated producer Bob Tucker and featuring renowned jazz pianist Jane Getz. In 2016, Cordova released single “Whisper in the Dark,” co-written and produced by Joseph Holiday (“Hair Love” songwriter for Oscar-winning Best Animation Short), and in 2018 dropped “Race for Love,” which quickly reached eighty-five thousand Spotify streams. In 2022, Michelly is set to release two new singles produced by Holiday: the groovy R&B track “I’m in Love” in January followed by bluesy, pining Spanish guitar and sax ballad “Anything” in October.